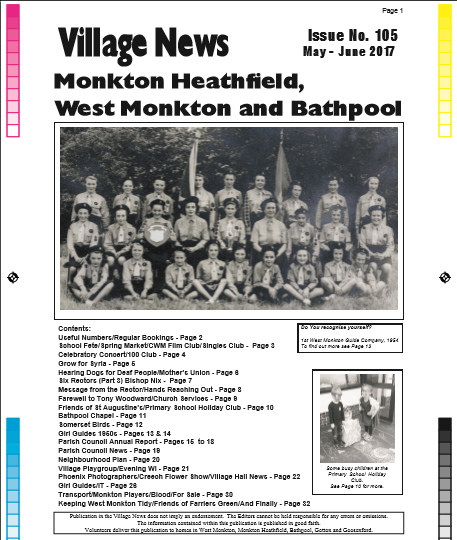 The Village News is a bi-monthly newsletter for the Parish covering Monkton Heathfield, West Monkton and Bathpool.

Hard copies of the Village News are distributed by volunteers in the older parts of the Parish.

Newer residents are invited to join an email list.

Contributions to the Village News can be sent to the Associate Editors,

Sorry, there are no polls available at the moment.
Share This